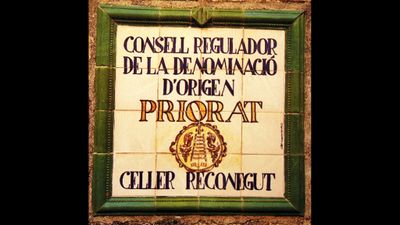 The DOQ Priorat commemorates 60 years since the founding of the Priorat as region of designated origin.

That combination of soil, climate, topography and work of men and women who have been able, through the times, to adapt an ancient tradition to the requirements of modern-day quality resulting in an authentic and exclusive product: the Priorat wine.

The nameplace of Priorat has been linked to wine for centuries, and the recognition of the Priorat appellation (Denominación de Origen) in 1954 allowed for the recognition of its status with official regulations and a regulating body, bringing 1000 years of history to a new legal status.

Historic birthplace of viticulture and wine

The Carthusian vestige represents the historical birthplace of wines and viticulture of the Denomination of Origin Priorat.

Carthusian monks brought from Provence, in the twelfth century, the knowledge and techniques to develop a viticulture that has taken root and evolved over the centuries. The domain of Cartusians will have configured the prehistory of Priorat with its monastery and which now coincides with the mordern extension of the DOQ wine region of Priorat.

The story tells of how King Alfonso the Chaste sent two riders to cross the country to find a suitable place for the Carthusian order, from Provence, that settled in Catalonia. Once they reached the foot of the Montsant, a terrain called their attention for its singular beauty of the place. Informed by a shepherd who spoke to them about supernatural occurrences that had blessed a long time ago in the middle of the valley. He explained how at the tallest Pine, a stairway from heaven appeared where the angels went up and down.

The pretext was the served by knights to communicates with the king, who gave the order to that area. The Carthusians, established themselves in 12th C, erected the altar of the church dedicated to St. Mary in the place where the tree was. The story has since gieven the name to the monastery while creating an iconography rooted to the territory.

For almost 1000 years, nine villages have installed hidden among the slate slopes are scattered at the foot of the Sierra de Montsant. Its inhabitants, growers have always molded the fields with terraces.

It is thanks to a whole generation farmers now in their 70’s and 80’s which remained and persevered with their farming tradition to preserve the Priorat wine culture as it is known today.

More recently, it would be possible to intervene in a preserved landscape, complex, rich and a formidable potential. It was the late 1980s when a new cycle of prosperity opened up, the result of which has been recognised that the DO Priorat be recognised as Qualified designation of origin (DOQ), the only Qualified DO in Catalonia and one of the only two existing in Spain.

This site uses functional cookies and external scripts to improve your experience.

NOTE: These settings will only apply to the browser and device you are currently using.

Google Analytics allows us to better manage your user experience and resolve errors.